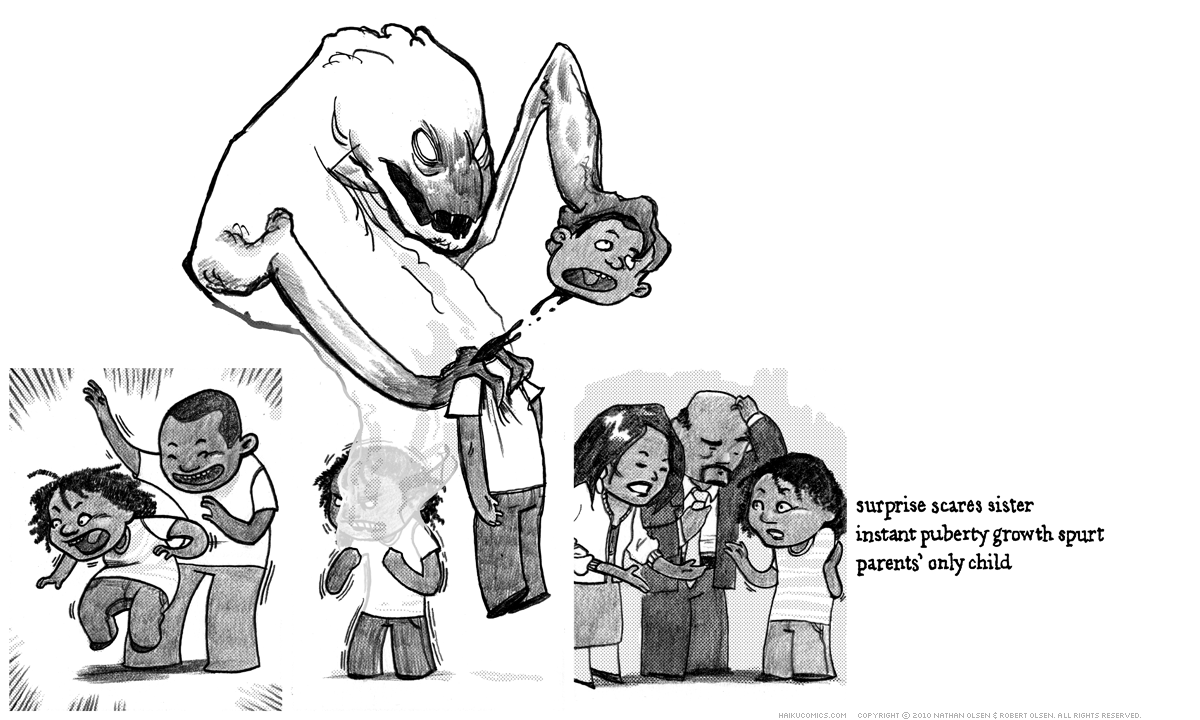 After a year of maintaining a ridiculously aggressive publishing schedule, Haiku Comics is going to be cutting back on the number of comics it publishes in 2010.

What? Haiku Comics won’t be publishing a new comic strip every Monday, Wednesday and Friday in 2010?

Read all about the changes to Haiku Comics schedule after the jump.

One year ago today, my brother took an idea I had and got it up and running faster than I thought was possible. Three panels and 17 syllables later haikucomics.com was another stop on the Internet highway. In those early days the sky was the limit and it was obvious that nothing would constrain our combined geniuses. Of course we had no idea just what we had created or how it would turn out, but we knew that A) we were funny as hell and B) we were twisted as hell.

In the upcoming year there will be some changes to Haiku Comics. We have come to learn what we can do, what we can’t do, and what we are able to do and stay sane. Some of these changes will be good, while others will be just that, changes. It is important to know that no matter what changes you see, both Nathan and I are committed to keeping Haiku Comics up and running. Or was that should be committed? Either way, Haiku Comics is not going away.

In the past year we have posted over 150 comics, created a book containing our first 100 comics, a coffee mug, gone to our first convention, started an online store, paid taxes, had a reader get a tattoo of Zombie Baby on their leg (Julie), and generally lost money. But, we have been doing something that we both enjoy, have stayed in touch more in the past year than the previous 10 years, and have come to enjoy bantering with our readers on the site.

So, on that last, sickly sweat note, I leave you now with those famous last word uttered by Socrates … I drank what?